Josephine Baker was an African American singer, dancer and civil rights activist who found fame and fortune in Europe in the 1920s, 30s, and 40s when American audiences weren’t as supportive of Black performers. Her life story will be featured in an original cabaret-style show at the Denver Fringe Festival in the RiNo/Five Points neighborhood June 23-26. Tymisha Harris, the Florida-based actress who helped create the one-woman show called “Josephine,” says Baker was fearless and determined in everything she did. “She was an amazing pioneer and people need to know her story,” says Harris.

“Josephine” is just one of 40 shows on stage at 12 different venues during the 4-day performing arts festival. Ann Sabbah, creator and executive director of the Denver Fringe Festival, says there will be plays, musicals, circus acts, aerial artists, comedy, magic and improv. “There’s really something for everyone. It’s a great celebration of the performing arts.”

This is the third year for the Denver Fringe, which is modeled after the original fringe festival started in Edinburgh, Scotland 75 years ago. Since then, more than 300 fringe festivals have been launched in cities worldwide. By definition, fringe festivals feature independent and emerging artists who are performing original work. “Fringe festivals have become a critical platform for independent artists and their influence on the larger arts ecosystem. The artists are all trying new things, pushing the envelope and making the performing arts more accessible. The festivals are like an incubator and often the shows go on to have a life of their own,” says Sabbah.

In fact, “Josephine” was first created for the 2016 San Diego Fringe Festival and has since toured internationally and off-Broadway, winning numerous awards along the way. “Fringe offers artists such amazing freedom. We can do work that is 100% our own. It’s uncensored and we don’t have to make any sacrifices for our art,” says Harris.

Lakewood actress and writer Jenny Stafford agrees. Last year for the Denver Fringe she created and performed “Color Inside the Lines” — a comedy musical about one woman’s history of failed romantic relationships. “One of the great things about performing at Fringe is that the audience is there because they want to see your work. They’re not there to see fancy sets or a hydraulic stage. They really get excited about the nitty-gritty of the work,” say Stafford.

Stafford, who was awarded Best Solo Performance at Denver Fringe 2021, is taking “Color Inside the Lines” to Edinburgh later this summer. She’s also coming back to the Denver Fringe with a brand new 2-part show called “Til Death Do Us Part” — about a married couple struggling to make sense of their relationship, life choices, and dreams. She says she’s now hooked on fringe festivals. “As an artist, it can be a challenge to get your work produced. Fringe makes it so easy to produce it yourself, since they take care of things like securing a space, doing the ticketing — all those things that can seem like a barrier.”

For software-engineer-turned-comedian Albert Han, fringe festivals offer inclusivity for performers who struggle to get gigs at other venues. He is producing a show for the Denver Fringe called “50 Shades of Brown” – and features seven comedians who are either African American, Asian or Latino. “Comedy is such a white male dominated art form. I wanted to provide a platform so people of color could demonstrate their skills,” says Han. He says that too often comedy venues care more about booking  comedians who can sell tickets rather than trying to give diverse young voices a chance. “I saw the same thing in the tech world. I helped modernize the way our company recruited to make sure we hired diverse candidates.” In fact, Han is donating proceeds from his fringe production to Project Include, a non-profit dedicated to diversifying the tech industry.

Sabbah says the whole idea behind the Denver Fringe Festival is to make performing arts open and accessible to all. That’s one reason ticket prices are so affordable. “Denver Fringe tickets are just $15 per show and most performances are less than an hour so it’s a great way to explore several different shows in the same evening,” says Sabbah.

To attract new audiences, only two of the venues are traditional theatres, the rest include unconventional spaces such as an art gallery, a photo studio, several breweries and the ballroom of the Mercury Café. There will also be two free outdoor circus shows by Circus Foundry on Friday, June 24 (5pm at Banshee house at 28th and Larimer) and Saturday, June 25 (3:30pm at Backyard on Blake, 3040 Blake St).

And to build future audiences, Denver Fringe offers a free KidsFringe mini-fest that includes performances and workshops for children. “People who become supporters of the arts are usually exposed to the arts at a young age, so I thought it was an important facet of our festival to provide free programming to give kids that exposure,” says Sabbah.

For a schedule of performances and ticket information visit DenverFringe.org.

Sfoglina: A Denver Chef's Take on Persistence, Pasta, and Parenting 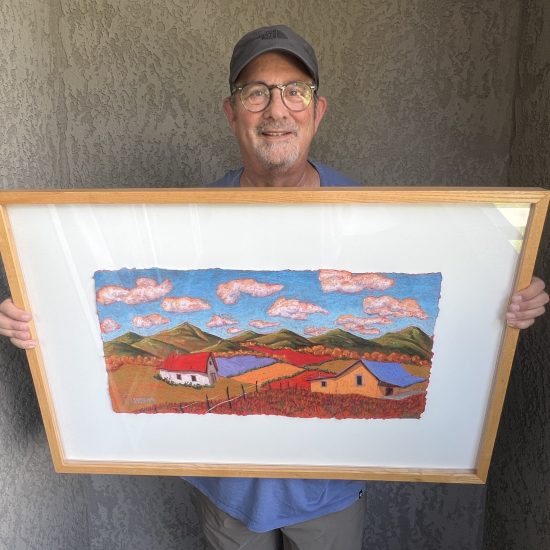