Ekar Farm, an urban garden oasis at 6825 East Alameda in the heart of Lowry, fights food insecurity in Denver through education about food systems and by reconnecting thousands of volunteers and students a year to the Earth. It’s mission is to connect, grow, nourish and repair and the easiest way to do that is simply to get your hands dirty.

“When we frame what we’re doing, we’re doing food and environmental justice and we’re trying to accomplish systems-level work, says Sue Salinger, the Executive Director of Ekar Farms.   We know that giving people food is a form of direct aid.  Education is a part of changing the systems. So we work with kids from preschoolers through college, and adults as well.”

The one and a half acre farm is hidden behind the Denver Academy of Torah, between apartment buildings and suburban housing. It bustles with activity starting early every morning during the growing season.  While many are getting ready for spring and summer planting in their home gardens, the season of community farming is a year-round job for Sue, her team, and volunteers.

“It matters for the people who receive the produce.” says Salinger. The farm grows culturally appropriate food “for the people we’re giving it to, high quality, organic vegetables that are beautiful and nutrient-dense because we’re taking care of the soil.”

In Hebrew “Ekar” means “the most important things.” Those things are environmental sustainability, social justice and spiritual connection.  In the Jewish Tradition, the ability to see the connection between our bodies and the Earth starts with repairing our environment and food. People support and celebrate each other with food, and with the growth of urban farming, it’s also supporting the environment.

Ekar Farm grows lavish gardens of produce for food banks and donation centers. Acorn squash, potatoes, varieties of lettuces, carrots, and radishes. And sweet to tart fruits of raspberries, blueberries, and more from their apple and plum fruit trees.

The importance of community gardens was highlighted during COVID-19 with the growing issue of food insecurity among Denver residents.

“People did start to panic, and it was a good wake-up call that our food system is broken. Our food system locally is very dependent on food being brought in by trucks from all over the world.” says Salinger. “So this is a fix.”

Salinger shared about the lasting impacts of food insecurity following the COVID pandemic and how it pulled the curtain back on how our food is unevenly distributed to Denver families. “The food system connected itself and rallied. It really showed an example of how we can respond to a community in crisis to meet people’s needs. That’s a lesson that I think is going to serve us well as the climate emergency intensifies.”

According to the Colorado Health Institute, “in 2019, approximately one in 10 Coloradans experienced food insecurity, defined as eating less than they felt they should in the past year because there was not enough money for food.”

A Denver food Pantry hosted by Jewish Family Services will go through up to 100,000 pounds of food a week. Sue discussed the work that can be accomplished with an acre of land annually. In the climate of Colorado. With the soil provided, an acre of agriculture can produce anywhere between 18,000 to 20,000 pounds of food that can be sold, donated, and distributed to those experiencing food insecurity.

“We’re going to need to work together to make sure that people are able to have their food needs met.” says Salinger.

The land that was renewed by Ekar Farm used to hold a factory for destruction, a World War I and World War II air force base that manufactured bombs. The specific site that lays beneath Ekar Farms was part of the cement depot, causing the soil to be high in alkaline where chunks of cement found their way back to the surface throughout the farming season as the plotting beds were shaped.

“We’re turning an area that used to produce bombs into an area that supports life, community, and putting that life back into the soil.” says Salinger.

“Ekar farm became one of the Rocky Mountain seed hubs and we distributed 17,000 packets of seeds through food pantry partners and into community garden groups,” explained Salinger.

Ekar Farm is a new form of urban gardening to provide communities with fresh produce and even their own plot to rent out for the growing season.  There is a half acre comprised of 40 ten by ten foot plots that can be rented to community gardens.  Some are rented by school kids where students are able to participate by watching their own plot of land produce vegetables, and nearby residents are also able to rent out their own personal garden patch and have the space to grow their produce.

Community gardens, food pantries, hydroponic gardening, and new systems to distribute food are only expanding for the future needs of the population. Community gardens are non-profits and farm equipment, seeds, harvesting, and distribution are bolstered by donations, community funding and grants.

With bees helping to pollinate, the smell of fresh soil, and educated farm hands directing the projects, consider giving back this Earth Day to Ekar Farm or another community garden near you.  By supporting local community gardens and reforming our food system, communities can come together to not only reduce food waste but bring connection between people and the Earth.

Ekar Farms continues to bring the Jewish tradition of connecting back to the Earth by improving the environment around them. Support community farms, gardens, and help build a network of personal gardens to reduce reliance on distributed produce in grocery stores. Ekar Farms is a nonprofit and is accepting donations as well as time spent through volunteer work. 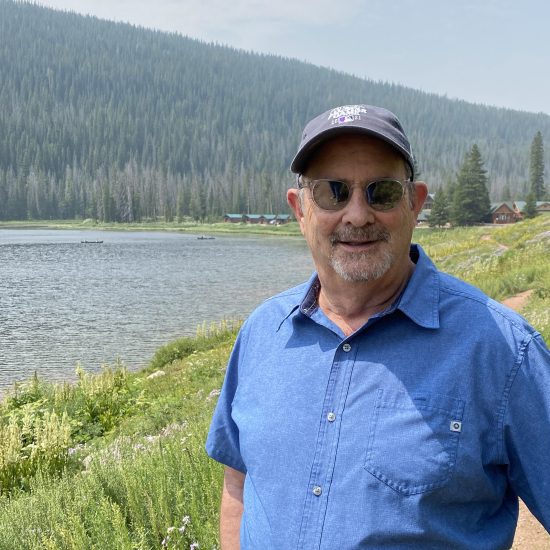