Do you like scary movies, Denver? What’s your favorite horror flick?  You have to have a favorite! What comes to mind? Nothing, you say? Rest assured. Here is a list of 13 horror movies that are sure to bring the terrors of All Hallows Eve into the comfort of your home. Each film brings to life the most notorious and sinister stories to grab you from the screen. Ranked from least to most spine-chilling, each film listed is sure to make you peek over your shoulder and keep you up at night. Ranging from classic horror slashers to the up and coming creeps that are ready to make themselves at home.  They’re hereeee! Settle in, Lock your doors and windows, and see if you can make it through the night..

Your stay at Santa Carla is sure to be amazing! Don’t forget to pack the essentials. Holy Water, Garlic, aaand your copy of the comic book “Vampires Everywhere.” This is your survival tool, I mean tour guide. Released in 1987, this vampire cult classic, directed by Joel Schumacher, will make you think twice before taking that trip to California. Just be wary of David and the rest of his lost boys down at the boardwalk, or you’ll end up like Michael.

“They took your wife away in a balloon? Well you don’t need the police, pal, you need a psychiatrist!”

Step right up everyone, the circus has landed! What would you do if a circus tent appeared during a sleepy night in your small town? Would you have the courage to tag along with Mike and Debbie to see what the show’s all about? Released in 1988, and directed by Stephen Chiodo, this take on dark horror comedy takes your wildest imaginations of a circus to the extreme with this terrifying posse of clowns that are sure to make you reignite that fear many had as a child to enter that red and yellow tent.

The static of television has never been this horrifying. Who knows, perhaps after viewing this film you’ll find yourself flipping through static and being on the receiving end of some supernatural commune as well. The Freeling Residency is all but peaceful with unwanted visitors lingering. This 1982 film is sure to make you question just how safe is your home. You might also throw out your TV set. Directed by Tobe Hooper, viewers will enter the supernatural realm through their television screen as this suburban family is dragged to hell and back to save their youngest, Carol Anne.

“We have such sights to show you.”

Maybe that antique purchase you made wasn’t the best fit. It certainly wasn’t for Frank Cotton as he met his hellish demise because of a small puzzle box. In this 1987 film directed by Clive Barker, hell takes a human form through the infamous Pinhead and Cenobites in all their gruesome and sadistic glory, as those who possess the puzzle; become the puzzle. Be wary viewers; do not show fear to these visitors as they thrive on it.

“Evil wakes in vengeance. Be careful what you choose.”

How far will a mother’s love take her? For Rose Da Silva and her daughter Sharon, it leads them to the occult town of Silent Hill. Released in 2006 and directed by Christophe Gans, Silent Hill presents the “other world”, where the darkness that we silence within ourselves, resides.  Rose takes you to every corner, full of grime and fog in order to find Sharon, and is presented with the history of Silent Hill and the root of all its evil. Just be sure you don’t follow the fog, or your stay here will be eternal.

Make sure to delete all your dating apps. Your Romeo awaits you at the grocery store. Released earlier this year, director Mimi Cave presents our modern day Romeo, better known as Steve. Handsome, kind, and traditional. Perfect in the eyes of our Noa who had her fair share of experiences of modern dating, but not everything in a relationship is perfect.  Communication is key, and before anything gets serious between Steve and Not,  Steve makes sure Noa can stomach his intimate cravings. Are you willing to keep it steady with Steve?

It’s horrifying in itself to see what people are willing to do for fame. This disparity is what leads true-crime writer Ellison Oswald to his demise, and to become the subject of his next hit novel. Released in 2012 and directed by Scott Derrickson, human curiosity and willingness is put to the test by Ellison. Moving across the state causes an impact on Ellison and his family, but what if the inspiration for his next gruesome novel is what they call home as well?  Whatever you do, do not open that box full of film like Ellison did. Or do. He’ll find you either way. Maybe you’ll be the star of the next film.

“You aren’t alone. Someone answered your call.”

Grief presents itself in different ways. Veronica longs for one more encounter with her dad who’s passed away, even if it means performing a seance. Released in 2017, director Paco Plaza captures the staple elements of an exorcism film, as Veronica struggles to rid the visitor who answered her call out to her father. Based on a true story, Veronica will face living her life as a teenage girl crossed with evil forces.  (Film provided with subtitles)

Coming of age has never been this raw. As an awkward, overachieving vegetarian, Justine is set off to college with her older sister, Alexia.  Unbeknownst of a hidden hunger that awaits her, Justine’s journey is to answer the question of “why was she raised as a vegetarian?” Answering the question, Justine’s hunger goes beyond her limits, Can she control this new and blossoming self-discovery. Directed by Julia Ducournau, this 2017 film both explores and exceeds the hardships the line of women in this family face genetically; and how they must find a way to tame this appetite for flesh.  (Subtitles available).

Everyone has come face to face with temptation. Even if temptation means coming across a book that has been chained, sealed, and kept away in a basement of a cabin in the middle of nowhere.. Right? In this 2013 remake of the original “The Evil Dead” in 1981, Fede Alvarez turns the black comedy to a demonic blood bath as we follow the recovery of Mia transform into a night of demonic possession. This film will make you reconsider the camping trip you planned. Would you be able to conquer the temptation of unraveling the taboo and hidden away book, the root of these ungodly and macabre acts?

“ DON’T you swear at me, you little shit! Don’t you EVER raise your voice at me! I am your mother!”

As one life has fallen; another must rise. When Ellen Leigh passes away, she also passes the legacy she has kept hidden from the Graham family and it presents itself in the most psychological tormenting ways imaginable. A24 has been on the rise the last 4 years, and with the release of Hereditary in 2018, director Ari Aster created a film that captures the horrors of both reality and fantasy. We follow the story of Annie and Peter Graham, mother and son who face an abundance of cryptic messages after the passing of Ellen. All of which leads to the family fortune that is built on immoral and infernal occults. Pay attention viewers, as every detail in this film counts and is sure to unsettle and test your limits like you’ve never experienced in horror before.

“The following content may contain certain hidden dangers and risks.”

Who ya gonna call? A modern team in Taiwan named after “ghostbusters” gives a new meaning to the comedic film and over the top ghouls. Based on a true story, this film captures the account of Li Ronan in this found footage style film. A mother is in desperate need of protecting her child Dodo. Audiences are presented with footage that will make you pause the film and ask “Is this really fake?” Released earlier this year, director Kevin Ko makes his return back to horror through the breaking of a religious taboo Li Ronan committed six years ago. This Taiwan film follows the consequences Li Ronan must face for her actions, all that her daughter Dodo must endure. Any horror fanatic or newbie will be sure to feel their blood drop cold in this found footage film where our characters interact with audiences. I repeat, do not repeat or reenact anything Li Ronan asks, I repeat. Do NOT repeat or reenact anything Li Ronan asks of you viewers.

“Did I say there’s a petting zoo downstairs? No! There are ghosts downstairs, Arthur!”

What says family reunion better than a glass house full of ghosts?  As the Kriticos family handle the loss of their mother, their distant uncle Cyrus gives them an offer of a lifetime: a house of luxury that he left behind in their name. What they don’t know is that alongside the house is Cyrus’ collection of 13 ghosts who are full of gut-churning vengeance when introduced. This film was released in 2001, and director Steve Beck was set on making viewers’ nightmares come to life and evokes that same reaction today. Choose your monster Denver. There’s 13 of them that will haunt you for days after watching these horror classics.

Denver Psychic Tunes in to Animals

Be Part of Something Big 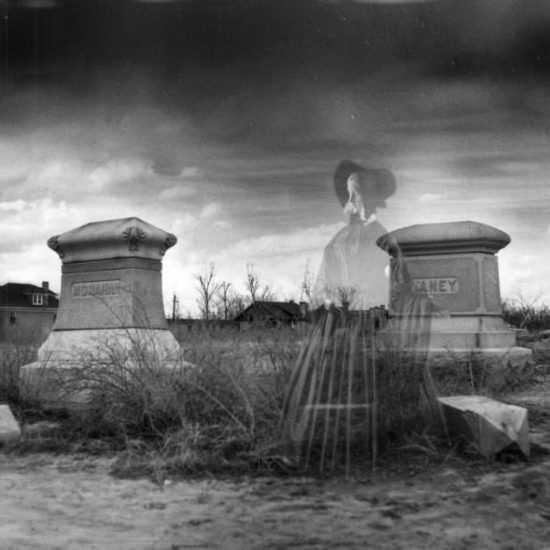 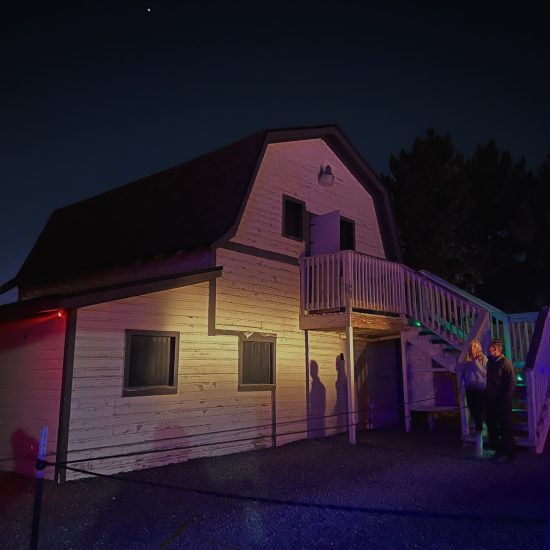 Frightmare Compound Will Scare the $#*@! Out of You 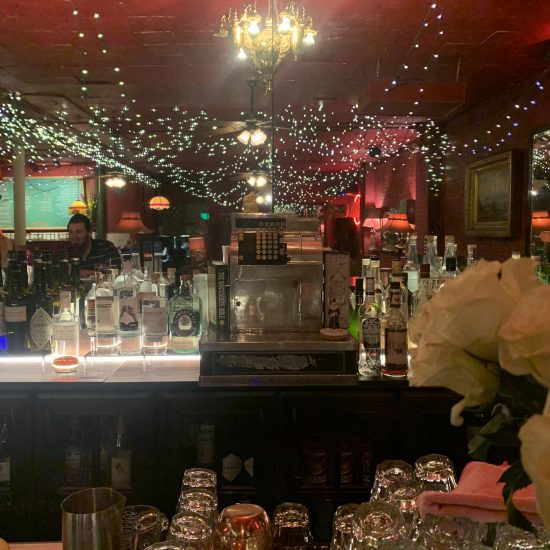 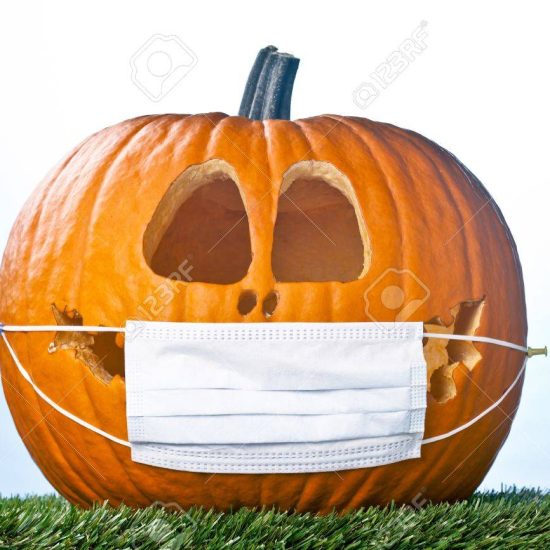